Rodgers and Hammerstein's "OKLAHOMA!" in Providence

When this Rodgers and Hammerstein masterpiece made its Broadway debut in 1943, it launched a new era in American musical theater — fusing story, song, and dance through the stunning choreography of Agnes de Mille. It also began one of the most successful songwriting partnerships in Broadway history.

Considered one of their most innovative works, OKLAHOMA! was hailed as the “Best Musical of the Century” by the New York Drama League. At its heart, OKLAHOMA! is a love story between confident cowboy Curly and feisty farmer Laurey. As the road to romance and the road to statehood converge, Curly and Laurey are poised to carve out a life together in a brand new state. But the road to love is as bumpy as a surrey ride down a country road, fraught with all the dangers and excitement of the time. The unforgettable score includes: "People Will Say We’re in Love,” “Oh, What a Beautiful Mornin'” and the exhilarating title song, “Oklahoma!” 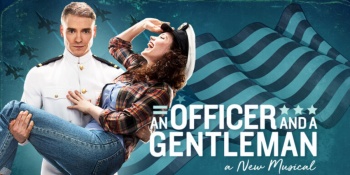 "An Officer and a Gentleman" in Providence