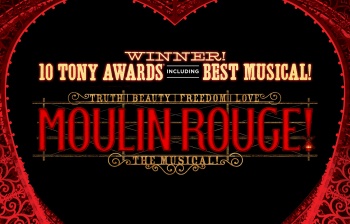 "Moulin Rouge! The Musical" on Broadway