Alton Brown: "Beyond the Eats: The Holiday Variant" in El Cajon

Experience the television personality, author, and Food Network and Netflix star Alton Brown when he brings his new interactive culinary show Beyond the Eats: The Holiday Variant to The Magnolia on Monday, December 19 at 6pm. Click "GET TICKETS" for seating availability.

Experience the one and only Alton Brown Live: Beyond The Eats—The Holiday Variant tour this holiday season. Brown says fans can expect “more cooking, more comedy, more music, and more potentially dangerous science stuff with a sprinkle of seasonal spices. Plus, you’ll see things I’ve never been allowed to do on TV.” Critics and fans have raved about the interactive components of Brown’s shows. He warns, “Prepare for an evening unlike any other and if I call for volunteers…think twice.”

Alton Crawford Brown Jr. is an American television personality, food show presenter, chef, author, actor, cinematographer, and musician. He is the creator and host of the Food Network television show Good Eats that ran for 14 seasons, host of the miniseries Feasting on Asphalt and Feasting on Waves, and host and main commentator on Iron Chef America and Cutthroat Kitchen. 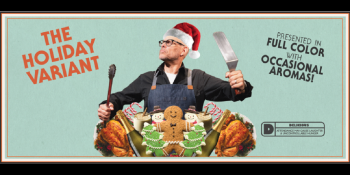 Alton Brown: "Beyond the Eats: The Holiday Variant" in Costa Mesa

Segerstrom Center for the Arts 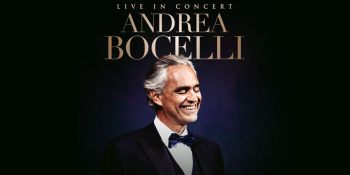 Andrea Bocelli at the Hollywood Bowl